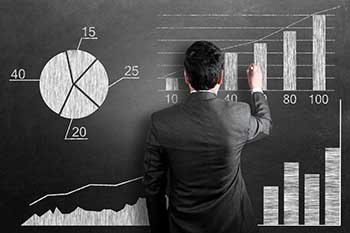 From the slowing down of the Chinese economy, to the vote to exit European Union by UK, to the continued trend of ultra-low to negative interest rates among major economies globally, and demonetisation in India, to the victory of Donald Trump in the US presidential elections and finally the end of the year US Federal reserve first hike of 25 bps in short term interest rates; it’s been a year of great unpredictability.

Source: Asia Index Pvt Limited (www.asiaindex.co.in); total returns data as of Dec 31, 2016; past performance is no guarantee of future results.  Chats/tables are provided for illustrative purposes.

Despite various negative events, Indian equities gained during the year 2016. Backed by normal monsoon, low inflation, falling key lending rates, under control fiscal deficit and stable currency, India’s bellwether index S&P BSE SENSEX and S&P BSE AllCap (India’s benchmark index) ended the year with the total returns of 3.5% and 5.1% respectively. The majority of their gains for the year were achieved during the second and third quarters as most of the key benchmark indices ended positive during these two quarters.

Among key BSE sector indices, S&P BSE Basic Materials posted highest total returns of 33.5% due to rise in commodity prices internationally. Cash crunch due to demonetization hurt the BSE Sector Consumer Discretionary Goods & Services most, as during Q4 it posted the worst total return of -9.9%. The year 2016 was one of the worst for BSE Sector Telecom since financial crisis, with total returns of -20.9%.

Source: Asia Index Pvt Limited (www.asiaindex.co.in); total returns data as of Dec 31, 2016; past performance is no guarantee of future results.  Chats/tables are provided for illustrative purposes.