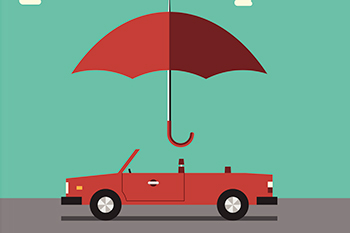 In India, the Motor Vehicles Act, 1988, makes it mandatory that every vehicle driven in India should have a valid insurance to ply on the roads. All vehicles used for personal, business or social purposes should be insured. The third party motor vehicle cover, which is also commonly referred to as ‘act only’ or ‘third-party’ cover is a statutory requirement in which the beneficiary is someone else other that the two contractual parties. The policy only covers the insured’s legal liability for damage on a third party’s property and death or disability or of a third party. Below are five important facts everybody should know about third party motor vehicle insurance

Insurance is Mandatory for all Motor Vehicles
The law specifies in Section 146(1) that “no person shall allow using or use a motor vehicle in a public place unless there is in force an insurance policy that complies with the requirement of this chapter. Any breach of the provisions of section 146 is an offense and is punishable by imprisonment of up to three months or a fine of up to one thousand rupees or by both (section 196)".

Premium Amount
Unlike the ordinary insurance where the value of what is being insured can be estimated, in third party policies, since what is being insured is the ‘legal liability’. Therefore, the premiums do not fluctuate with the value of the object of insurance. It is not possible to know in advance what that liability will be. Previously the IRDA set the premium amounts but IRDA relinquished this role to let insurance companies set their own premium amounts.

Act Only Insurance is Almost Entirely Fault-Based. That is to say, the injured party (third party) has to prove first that the insured is at fault and also that injury occurred as a result of the fault of the insured party in order to claim damages from him.
On the Other Hand, Insurance Companies have been allowed no extra defense except in the following circumstances:
In The Interests Of Protecting The Victim, the courts have set precedent such that the burden of proving availability of defense is on the Insurance Company which not only has to prove the violation of Section 149(2) or a breach of the conditions of the policy but has to prove that such an act happened with the reasonable knowledge of the insured. If knowledge or involvement cannot be proven, the Insurance Company shall be held liable even in the availability of a defense.

Many people suffer physical injury and financial losses in road accidents without any compensation due to ignorance, these important facts on third party motor vehicle insurance are a must know for everyone.