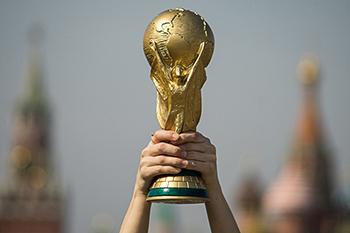 When the final whistle concluded the last game of the FIFA World Cup 2018, the end result of 4-2 was in favor of France. However, this statement alone does not do full justice to how closely the FIFA Finals was fought.

Prima facie, it does look like the French soccer team drubbed the Croats, but that was hardly the case. In fact, at 66%, it was the Croats who had more possession of the ball throughout the game. Let us go one step further and analyze this!

It was the Croats who displayed a higher level of soccer with the way their attacks were synchronized and the skill with which they passed the ball around. Then what explains how France won the finals so comfortably. Actually, had it not been for the extremely inane goal that Hugo Lloris (the French goalkeeper) let through, the final score should have been 4-1 in favor of France.

For a moment, let us forget about the nuances of the game and get back to why France won the game despite the Croats having greater ball possession? There are 5 reasons behind the French victory and each of these has an interesting lesson for traders.

This explains why Croatia lost despite the 66% of the ball possession. A lot of opportunities for Croatia actually went haywire. The team made 15 attempts at the goal of which only 3 were on target. France, meanwhile, made just 8 attempts, but six of them were on target. Croatia could not apply the pressure when it really mattered and that is where France did better.

More than possession, it is the conversion ratio that really matters. That is a profound lesson to remember when you get down to your trading desk tomorrow.

Plan your trades, including your entry and exit points. Don’t waste your time and energy on too many trades. Trading is all about making the best of moments that are favorable. Look to maximize your profits when you are right and minimize your losses when wrong.

2.    On the greatest stages, the biggest battles are fought in the mind

This was probably one area where the Croats conceded the advantage to France. Playing on the biggest stage for the first time is never easy. This was what probably overwhelmed the Croats. The mind games were lost each time they got into an argument with the referee, or showed their frustration, or tried to tackle the French players.

In fact, the mental fatigue of the Croats was quite apparent in the second half when France managed to take an unassailable lead.

Similarly, get your mind games right when you trade. Don’t panic when in losses; keep a cool head when you are profitable and take decisions based on cold analysis and not on the basis of instinct.

3.    Make the best of those critical moments

We continue to believe that both teams were evenly matched in terms of skills and execution. The area where France actually excelled over Croatia was in their ability to seize those critical moments. Be it Griezmann’s penalty kick, or Pogba’s sharp goal, or Mbappe’s sheer genius, it was France that made the best of these critical moments. It was the ability to capitalize on these moments that tipped the scales in favor of France. This is very important in your routine trading activity as well.

When you spot that odd weakness in the market, that is when you need to move in and go for the kill. It is these moments that will make a difference to your trading performance.

4.    After you have made your gains, consolidate them

You start trading at 9.15 am and by 10 you have made a big, profitable trade. What do you do for the remaining 5½ hours?

The first mandate for you is to ensure that you consolidate and don’t lose out on your profits. Don’t try to take on extra risk just because you made a profit in the first 45 minutes. Instead, look at ways to protect your profits. That is exactly what France did and beautifully so.

By the time the second half was halfway through, the French had already taken an incontestable 4-1 lead in the game. From that point on, they just focused on reinforcing their defense and frustrating the Croats till the very end. That should be your strategy too. Consolidate your gains smartly!

Over the next few days, the press and media will be replete with articles like “Croatia deserved to win”, “Croatia won a million hearts”, etc. Regardless, the fact is that France will be called the World’s Best Team until the next edition at Qatar in 2022, and Croatia will still be the runners-up. That may sound harsh but it is the reality of this beautiful game.

This stands true for your trading activities too. Great strategies, right calls, and smart trades are all fine as long you ultimately make money because, at the end of the year, you will only be judged on your profits and losses. Period!

As Chairman Mao once said it and he said it right, “A cat is a good cat as long as it can catch mice.” France has proved this and everything else from here on out is pure “what-ifs”!