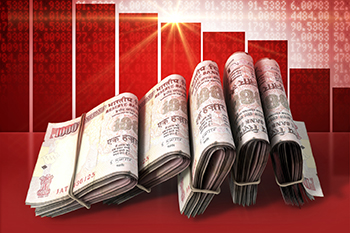 Have you ever wondered why many people who earn stupendous incomes during their active working life, almost end up penniless in later years? If you were to just look across at some examples in Hollywood or even in Bollywood, you will find many such cases. People blame lifestyle, addictions, bad decisions etc. The real reason is that they do not really appreciate the difference between income and wealth. A person earning less than you could actually be wealthier than you because he has made a greater effort to convert his income into wealth. After all, income is a flow and wealth is a stock. To convert income into wealth, therefore, you need thrift, patience and intelligent investing. Let us understand how.

The curious case of Tom, Dick and Harry

To understand the transition of income into wealth, let us look at 3 successful professional artists Tom, Dick and Harry who earn roughly the same levels of income.


The above comparative illustration is a clear indication that to create wealth how much you save out of your income matters more than how much you earn. There are 4 aspects about the relationship between income and wealth that emerge from the above case:
The moral of the story is that income is not wealth but it can be converted into wealth. A combination of thrift, allocation to equities and the power of compounding can help create wealth.

Key takeaways from the Income versus Wealth debate

There are 3 very interesting aspects about wealth that you need to remember: