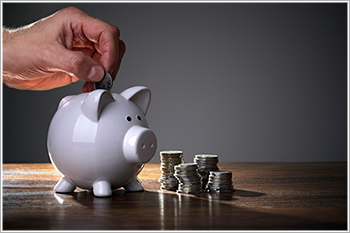 The reason for setting up PSUs is to strengthen the core sectors of the economy and generate income and employment for the people of India. With the government’s intervention and a majority stake in these PSUs, these are considered to be a prospective ‘safe’ option to earn decent returns. However, this is not the case always.

Why should an investment in PSUs be avoided?
PSUs might look like a relatively safe bet for investors because a majority stake is held by the government. However, there are quite a few PSUs that incur major losses and there could be more than one reason behind this. Here are some of the reasons why investments in PSUs should be avoided:

Non-utilization of optimum capacity
Many public sector enterprises work below their optimal capacity in spite of high costs allocated by the government. This could be a result of lack of market research, lack of promotion of vacancies, slow work environments, and so on.

Over-capitalization of PSUs
The input-output ratio in a lot of public sector companies is not maintained at the optimum levels. This is due to inadequate planning, excess machinery supply, expensive contracts, and compulsion to purchase imported equipment on the non-competitive basis from tied aids.

Cost overruns
A lot of projects in the PSU domain have often been in the news for not maintaining their promised deadlines. The jump in the date often comes with an added cost and the government has been consistently allocating funds to these PSUs with each budget. The difference in the construction and completion is often attributed to the poor and inadequate project planning. For e.g., a leading fertilizer project took about seven years to conclude in spite of a deadline of three years. As a result, the cost involved also went up from approximately Rs27cr at first to approximately Rs40cr by the time it was completed.

Political interference
PSUs often find themselves amid political crossfires and therefore end up being more profitable to the people in power than to the ordinary investors. Having a company’s base in a particular state or union territory is often influenced by the local political sentiment rather than the need/resource availability in and around that locality. This again leads to the rise in cost and lower or delayed return on investment in the long run.

Inefficient management
Not having the freedom to exercise their executive powers discourages a lot of efficient managers from taking up high positions in PSUs. Those there are also unable to define the roles and responsibilities for their subordinates, leading to a slower and relaxed state of affairs within the organization.

PSUs in certain segments of the economy like oil and banking have disbursed good returns over the years, but a closer review of the Indian PSUs highlights that a significant amount of losses have been recorded in most such companies. The companies that made profits are few compared to the private sector. The consistent non-performing nature of PSUs over a period of time has been discouraging, which makes the investors avoid PSUs when they think of investments.