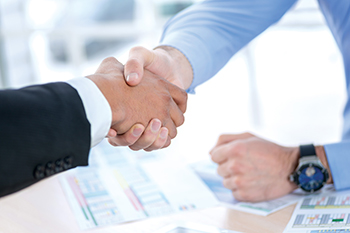 Liquidation is the process a debt-laden company initiates to wind up its operations and sell its assets in order to repay said liabilities and other obligations. A company is liquidated when it is ascertained that the business is not in any state to continue. This may be due to various reasons such as insolvency (usually the main reason), unwillingness to carry on with the operations, etc.

If the enterprise is bankrupt, the liquidator sells the company’s assets to repay all liabilities. The positive balance after repaying the creditors is then distributed among the company’s shareholders.

As the term implies, liquidation relates to liquidating a company’s assets. In other terms, it means converting assets into cash. This cash allows the company to pay off its investors and other outside liabilities. Usually, this is the last resort for any insolvent company to repay its debts.

A liquidator is an individual who has been appointed to dissolve the company and terminate its operations. This person is responsible for selling the assets to repay the company’s internal and external liabilities.

The liquidator sells all assets that he deems necessary, except cash and bank balances.

The money raised in this manner is then distributed among various creditors. However, this repayment is undertaken based on a pre-established order. The first preference is given to the company’s secured creditors. The remaining money is then used to discharge preferential creditors, i.e., taxes due to the government, salaries of employees, etc.

Any outstanding amount is then used to compensate debenture-holders and other liabilities secured by a floating charge on all assets. Next, unsecured creditors and preference shareholders are paid off.

Finally, if there is a surplus of funds after all the payments mentioned above, they are distributed among shareholders. Meanwhile, in case of a deficit, shareholders are asked to pay up their unpaid share of capital.

There are three basic types of liquidation enumerated below:

In summary, liquidation pertains to the process of winding up and completely shutting down a company’s operations. After the liquidation process is complete, the said company will cease to exist in the eyes of the law.