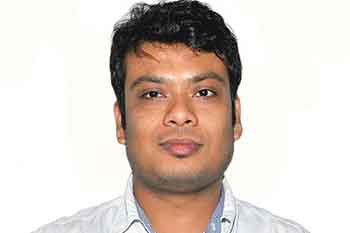 Reforms in Agriculture Marketing in India

Agriculture remains as the main stray of the Indian economy since times immemorial. Agricultural Marketing is mainly the buying and selling of agricultural products.

Importance and Objectives of Agriculture Marketing:
The farmer has realized the importance of adopting new techniques of production and is making efforts towards enhancing his income and standards of living. As a consequence, the cropping pattern is no longer dictated by what he needs for his own personal consumption but what is responsive to the market in terms of prices received by him. Agricultural marketing plays an important role not only in stimulating production and consumption but also in accelerating the pace of economic development. The agriculture marketing system plays a dual role in economic development in countries whose resources are primarily agricultural. Increasing demands for money with which to purchase other goods leads to increasing sensitivity to relative prices on the part of the producers, and specialization in the cultivation of those crops on which the returns are the greatest, subject to socio-cultural, ecological and economic constraints. It is the marketing system that transmits the crucial price signals.

The Government of India has been playing an important role in developing agriculture marketing system in the country. The marketing division of the Department of Agriculture, Cooperation & Farmers’ Welfare is entrusted with the implementation of policy and programme related to agricultural marketing. The agriculture sector needs competitive and well-functioning market for farmers to sell their produce. In order to remove respective and monopolistic practices of present marketing system, to reduce the intermediaries in supply chain, to reduce wastage by way of promoting integrated supply and value chain and to benefit farmers through access to global markets, reforms in agricultural markets have to be an ongoing process.

National Agriculture Market
For facilitating better value of the produce by the farmers, accessible, competitive, efficient and barrier free markets with adequate marketing infrastructure and real time market information is being considered instrumental to supplement the Government’s effort towards doubling farmers’ income in a time bound manner.

As a part of the reform agenda, with the objectives to create barrier free market, enhance competition & transparency in transactions and widen choice to farmers for sale of their produce, Prime Minister Shri Narendra Modi launched the pilot of e-NAM - the e-trading platform for the National Agriculture Market (eNAM) on 14th April, 2016. Initially 21 mandis in 8 states had been linked to the National Agriculture Market. Presently, 585 mandis are linked with the e-NAM platform. For this purpose, each mandi will be provided assistance upto Rs 75 lakhs for their basic infrastructures (sanity grading and packaging). In addition to this, it has also been suggested to denotify from APMC Act (Mandi Act) those commodities which are quickly perishable.

In the National Agriculture Market scheme, only those States / UTs are eligible to link their markets to e-NAM portal, which have undertaken reforms in their APMC Acts in respect of (i) e-trading; (ii) single point levy market fee across the state; (iii) single unified trading licence valid across the state.

Government has taken several steps to provide remunerative prices to farmers for their produce which include procurement through designated procurement agencies including price support scheme (PSS) for pulses, oilseeds and cotton, implementing e-National Agriculture Market (e-NAM) and enacting a model Agricultural Produce and Livestock Marketing (Promotion & Facilitation) Act, 2017. A Committee under the Chairmanship of Additional Secretary (Marketing) was constituted to draft it, which submitted the draft of new Model Act in December, 2016. Model Act submitted by the Committee was sent to the States and Union Territories for comments. Besides, it was also uploaded on the Agriculture Department’s official website for comments of general public. The final form of model APLM Act, 2017 has been prepared after incorporating the comments of all stakeholders which was inaugurated on 24th April 2017 for the follow up of the states. The progress of reforms with respect to 7 vital areas identified by the Department is:

Recently, Government of India has announced minimum support prices (MSPs) for 22 mandated crops including paddy and wheat and fair and remunerative price (FRP) for sugarcane on the basis of recommendations of the Commission for Agricultural Costs and Prices (CACP).