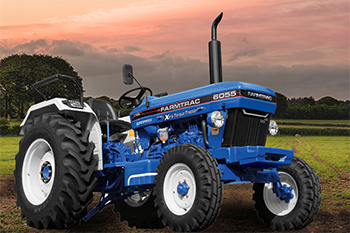 The commercial vehicles manufacturer, Escorts, was trading in red on Thursday after it announced that the company has entered into an amendment agreement with Japan's Kubota Corporation. At around 12.48 am, the Escorts stock was trading at Rs1082 per piece, down by 2.29% on Sensex.

According to the filing of Escorts, the duo has agreed upon the amendments in the share purchase agreement (KAI SPA) which involves Escorts buying 40% stake in Kubota Agricultural Machinery (KAI).

Earlier, on March 20 this year, Escorts had announced an agreement where the Japan-based Kubota Corp will buy the former's 10% stake representing 1,22,57,688 equity shares for a consideration of Rs1,042cr. Simultaneously, Escorts will then acquire 2,00,00,000 equity shares constituting 40% stake in Kubota's agriculture subsidiary for Rs900cr.

On Wednesday, Escorts said, "The parties to the KAI SPA have agreed to amend certain terms of the KAI SPA whereby the acquisition of 2,00,00,000 equity shares of KAI by the Company from the Investor, constituting 40% of the share capital of KAI, which was contemplated to be consummated simultaneously with the preferential allotment of equity shares of the Company to the Investor, will now be consummated at a subsequent date in accordance with the terms of the KAI SPA read with the amendment agreement to the KAI SPA".