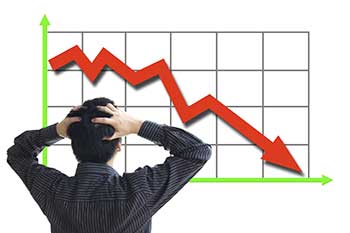 TVS Motor was among the top losers in the index, down 0.71%, Eicher, Hero MotoCorp, Amara Raja and Ashok Leyland also slipped nearly 1%.

Maruti’s first quarter of FY22 is expected to be robust for the auto giant driven by low base effect due to complete lockdown and restrictions between April - June 2021 as an outcome of the second wave of the pandemic in India. Triple-digit growth in percentage terms is expected in Maruti's top-line front during Q1. The stock slightly recovered from morning losses to trade in the green ahead of Q1 numbers.

Balkrishna and Tube Investments are up 2% each on the auto index.

Meanwhile, indices were trading over half a per cent lower with the BSE Sensex down over 300 points and the Nifty slipped over 91 points.

According to the ICRA report, the Indian auto component industry is expected to report a 20-23% revenue growth in FY2022, supported by strong exports demand, and recovery in domestic OE and aftermarket segments. The growth would come in on the low base of last two fiscals and will look optically strong because of the exceptionally weak H1 FY2021.

Ashish Modani, Vice President and Sector Head, ICRA Limited, “The Covid 2.0 applied temporary brake on the auto component industry’s recovery prospects in Q1 FY2022. The aftermarket sales were also impacted for close to 4-6 weeks, because of the curfews/lockdowns and closure of workshops. The industry’s revenues declined by 30%-40% on QoQ basis, despite support from exports. While the QoQ decline was relatively sharp, revenues were more than double of Q1 FY2021 levels."