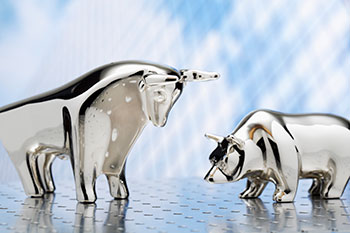 The Nifty Auto index has gained by at least 1% on Monday, however, during the second half of the trading session, the index pared its early gains but held a steady momentum. On the index, 8 scrips advanced and 7 scrips declined. Two-wheelers and commercial vehicles stocks were in lead.

On the other hand, MRF was the top bear slumping at 1.3% followed by Exide and Tube Investments plunging 0.7% and 0.5%. Bharat Forge also slipped near 0.5%.

Maruti Suzuki was marginally down, while Amara Raja Batteries traded flat but in red.

Maruti today announced a price change for select models owing to an increase in various input costs.  The weighted average price increase in Ex-Showroom Prices (Delhi) across select models is 1.9%. The revision in prices has come into effect from Monday onward.

Auto companies are in focus amid the festive season where new launches and exclusive offers have been lined up.

Last week, the sector had a volatile session as chip shortages impact automakers production and offtakes going forward worries investors. The sector has been in focus since the start of this month amid monthly sales data. However, major auto companies such as Tata Motors, M&M and Maruti Suzuki have announced the quantum of impact expected due to shortages of semiconductors on productions.