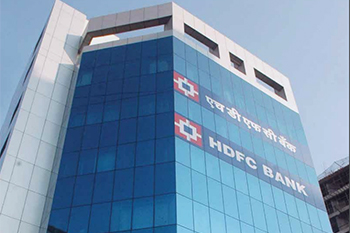 HDFC Bank faced a blow after the Securities Appellate Tribunal (SAT) stayed on market regulator Sebi's order which levied an Rs1cr fine on the private lender for non‐compliance with the Interim Order issued by the authority involving BRH Wealth Kreators Limited.

The tribunal in its verdict stated that the fact that the circulars have been violated or not and whether the securities have been rightly invoked by the appellant requires consideration.

Thereby, the tribunal has asked Sebi to reply in three weeks. The verdict was issued on February 19, 2021.

The tribunal said, "We accordingly stay the effect and operation of the impugned order till further orders of the Tribunal subject to the condition that appellant will give an undertaking to SEBI that they will abide by the result of the appeal and the directions given therein within four weeks from the date of the disposal of the appeal. Such undertaking shall be given by a responsible officer of the appellant to be filed before SEBI within two weeks from today," reported PTI.

HDFC Bank has been directed to transfer an amount of Rs158.68cr along with interest from October 14, 2019, till date, calculated at the rate of 7% p.a. to an interest bearing Escrow Account in any nationalized bank, by marking a lien in favour of SEBI, until the issue of settlement of clients’ securities (clients of the stockbroker) is reconciled.

Also, the interim order directed banks to ensure that no debits are made in the bank accounts held jointly or severally by the company except for payment of money to the clients and investors.

Later, Sebi received a letter in November 2019, from HDFC Bank where the lender stated that the bank has granted credit facilities to BRH & BRH Commodities aggregating to Rs191.16cr and Rs26.61cr respectively.