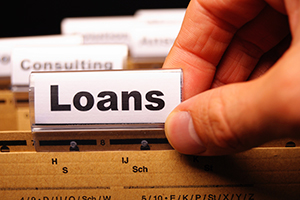 Compound interest, interest on interest or penal interest should not be charged on EMIs due during the loan moratorium period starting from March 1 to August 31 last year, directed the Supreme Court in the latest loan moratorium verdict. Such would be implied on any borrowers and irrespective of the loan amount.

The apex court states that if such interests have been collected already, then the bank should either refund the amount to the borrower or adjust the charges towards the next instalments.

According to LiveLaw.in, the Court ruled: "...we are of the opinion that there shall not be any charge of interest on interest/compound interest/penal interest for the period during the moratorium, the same shall be refunded and to be adjusted/given credit in the next instalment of the loan account".

Furthermore, the Court has decided to not order a complete waiver of interest during the loan moratorium period as banks are needed to pay interest to depositors, pensioners, etc.

Also, the court has vacated its interim order which banned banks from declaring accounts during the moratorium period, as NPAs. Banks are now allowed to declare bad loans of accounts that have not repaid their loans for 90 days or more. Between March - August 2020, these accounts were not NPA.

Moreover, the apex court has also refused to extend the petitioners plea for extending the moratorium period.

RBI had announced a six-month loan moratorium period from March 01, 2020, to August 31, 2020, due to the Covid-19 pandemic and lockdown which impacted business activities.

The government last year announced a waiver of interest on interest for loans up to Rs2cr in eight specified categories.

Notably, the court also identified that there is no rationale in the government's policy to limit the benefit of waiver of interest only to certain loan categories less than Rs2cr.