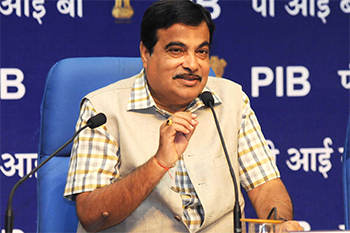 Addressing the event, Gadkari said that these road projects will ensure prosperity for the people of Himachal Pradesh. The Minister promised that road travel time from Delhi to Kullu will be reduced to just seven hours within two years or even before.

Gadkari said that process related to land acquisition and environment clearance needs to speed up to be able to complete the road construction on time. The Minister also announced to award works related to 491-kilometre long road construction in Himachal Pradesh with a total cost of Rs15 thousand crore in the year 2021-22. The Minister said that possibility of a network of ropeway and cable car in Himachal Pradesh may be explored.

On the occasion, Chief Minister of Himachal Pradesh Shri Jairam Thakur said that good quality roads and connectivity is the top priority for the state government and thanked Nitin Gadkari for these road projects and expressed hope that these will further pave way for the development of the state. Minister of State for Road Transport & Highways, General Dr. VK Singh (Retd.) and Minister of State for Finance, Anurag Thakur addressed the event virtually.