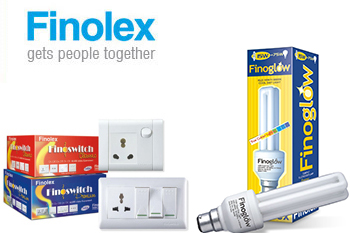 The Board has recommended a dividend of 275% for the year, which means for every share of Rs2/- the dividend outgo would be Rs5.50.

Revenues for the quarter ended March 2021 were Rs921.4cr as against Rs651.4cr for the corresponding period in the year 2019-20, representing a 41% growth in value terms. In volume terms, Electrical Wires increased by 14%, while Power Cables declined by 18%.

Within the Communication Cables segment, there is an increase of 8% in volumes during the quarter, with most product lines contributing to the growth except OFC. New products within the FMEG sector all grew by more than 40% each. The PVC Conduit Pipe launch gives us an exciting new opportunity to strengthen the bond with customers – the first two month’s sale after launch has been encouraging.

For the full year 2020-21, sales were Rs. 2,768.1 Cr as against Rs. 2,877.3 Cr in the previous year – a decline of 3.80 %, mainly caused by COVID related lockdown in Q1. Consequently, volumes for the year are lower than what was achieved in the previous year - Electrical Wires by 10% and all Communication product lines by 1%. Newer product lines (Fans, Switchgear and Water Heaters) have all increased between 24% to 524% in volumes as compared to the previous year. In addition to the product range, and expansion of the distribution network and continued presence in visual media have all contributed to the better revenues and volumes within these product segments.