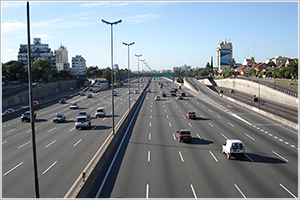 IL&FS has received Rs1,925cr from Haryana Shehari Vikas Pradhikaran (HSVP) as interim termination payment in the Gurgaon Metro Project case on Sunday. Reacting to this news, shares are trading higher by ~5% on the BSE in the last hour of the trading session.

Further, appropriation of any amount from the escrow accounts shall be subject to further orders of the NCLAT or any other competent legal authority as per the said Order, which would be duly complied with by IL&FS.

The Hon’ble Supreme Court in its Order had directed HSVP to deposit 80% of total "debt due" (of over Rs2,400cr basis audit conducted by CAG), amounting to Rs1,925cr, within 3-months into the Escrow Accounts of the two SPVs, the company said in the filing.

“The Supreme Court ruling on March 26, 2021, followed by HSVP's compliance with the order and transfer of the payable amount to the IL&FS Group entities, will go a long way in protecting the interest of stakeholders/Lenders in the Indian infrastructure sector. This ruling will also set a precedence for other projects wherein Infrastructure companies, including IL&FS, are seeking payment of their legitimate dues and enforceability of valid contracts and concession agreements with various State Governments” said the company spokesperson.

In the regulatory filing, this resolution of Rs1,925cr forms part of the Rs61,000cr total recovery estimated by the New Board which represents resolution of over 61% of overall debt of approx. Rs99,000cr (fund based and non-fund based) as of October 2018. Either party - IL&FS SPVs and HSVP - have the liberty to refer any disputes relating to other rights under the Concession Agreement, as well as those arising from the Audit Report commissioned by CAG for determining the debt due, to Arbitration, as per the Supreme Court ruling.