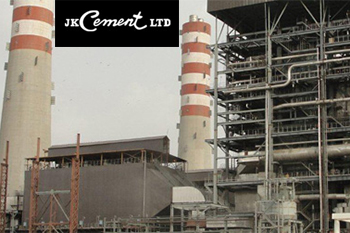 During the result announcement, JK Cement board of directors have witnessed a series of development which made the company's stock appealing to investors on Thursday. JK Cement stock has surged by over 3% after touching an intraday high of Rs1,256.35 per piece on NSE.

The company's board has decided to raise fund by the issue of secured/redeemable non-convertible debentures in one or more series/tranches on private placement basis. JK Cement seeks to raise about Rs250cr through the issue.

The interest rate of issue will be determined by prevailing money market conditions and at the time of borrowing.

Also, the company has recommended for the approval of shareholders resolution to raise fund from the date of passing a resolution of 26th Annual General Meeting till one year by the issue of NCDs in one or more tranches amounting to Rs500cr.

Further, the board has accepted the resignation of K.N.Khandelwal as Non-Executive Non- Independent Director of the company.