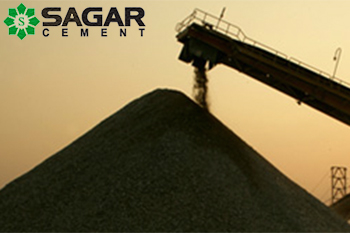 Sagar Cements board of directors have approved the proposal of the merger of its wholly-owned subsidiary Sagar Cements (R) Ltd with it. The subsidiary has cement manufacturing and power generation facilities at Gudipadu village, Yadiki Mandal, Ananthapur District, Andhra Pradesh.

The benefits derived from the merger include:

1. Enhancement in the scale of operations providing a significant impetus to the growth of the Company, since both the companies are engaged in the same line of business. These may be derived by drawing upon synergies between the two companies -

2. Reduction in the cost of overheads and improvement of organization efficiency -

3. Reduction in multiplicity of legal and regulatory compliances and a more simplified group structure -

Notably, since the merger is between a holding company and its wholly-owned subsidiary, there will not be any fresh issuance of shares by SCL.

Consequent to the above change in ownership structure, the name of BMM was changed from BMM Cements Limited to Sagar Cements (R) Limited and the Registered Office of the Company was also shifted from Karnataka to Telangana.

At around 2.23 pm, Sagar Cements is trading at Rs729 per piece flat compared to the previous closing on Sensex.