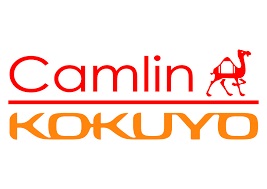 The micro-video draws a direct connect between the new Google Doodle and Camlin’s Tora range of pens that have been launched in the market in a wide range of colors specifically for doodling. The new Google Doodle, released on 08th March, articulated the expressions of women around the world who were asked to share their most important ambition in life.

While complimenting Google on its ongoing campaign to help women share their dreams, the micro video builds on the power of creative expression with the creative route ‘What’s your Torapanti?’ The product proposition "Torapanti" especially appeals to teenagers - inviting the youth to express themselves by doodling.

Just like the brand’s core proposition of “Let’s Have Fun”, the video also portrays Camlin’s dedication to inspire art lovers to bring their imagination to life virtually.

Commenting on the initiative, Saumitra Prasad, Chief Marketing Officer, Kokuyo Camlin said, “We were delighted to see the lively stories Google shared with its Women’s day Doodle. As Kokuyo Camlin aims to help people express their creativity wherever and whenever inspiration strikes, we are happy to see a worldwide campaign that is encouraging women of all ages in the same manner.”

In September 2015, Kokuyo Camlin had surprised fans by responding to Google’s announcement of its new brand logo, through a real time video response via Twitter. The real time response called ‘Love the Change,’ had built upon the crayon-like illustration of the new logo connecting it with Camlin Crayons.

The video has been created and conceptualized by Kokuyo Camlin’s digital agency, Big I Tuna.