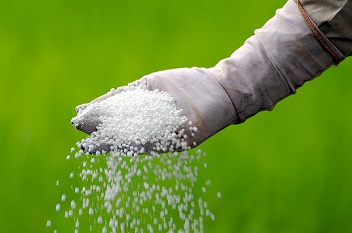 In the midst of elevated international phosphatic fertiliser prices and that of key inputs, the Government of India (GoI) has approved a special one-time package for pay-out of additional subsidy for DAP and three most consumed NPK grades. The subsidy rates under the Nutrient Based Subsidy (NBS) scheme have been kept unchanged from the announcement made in May 2021.

However, an additional pay out of Rs438/bag (Rs8,760 per MT) for DAP and Rs. 100 per bag (2000/MT) for the three most consumed NPK grades has been approved by the GoI. As per an ICRA note, the step is positive for the farmers and the industry as it will ensure farmers get access to fertilisers at reasonable retail price and the industry also does not face losses on account of the elevated international prices of fertilisers and key inputs.

The additional subsidy has been approved only for four grades of fertiliser out of the 24 fertilisers covered under the NBS scheme and has become effective from October 1, 2021. The total subsidy by GoI has been pegged around Rs. 35,115 crore for the upcoming Rabi season.

Sabyasachi Majumdar, Group Head & Senior Vice President at ICRA, while commenting on the increase in the subsidy said, “The GoI step will provided succour to the industry as the phosphatic fertiliser players had been incurring losses on the sale of DAP due to which, the stocks had dipped and availability to farmers had become an issue.  As per our estimates, the industry will be making marginal profit on sale of DAP while NPK sales are expected to provide decent level of profitability in the upcoming rabi season."

"The  estimated  total subsidy requirement for the P&K fertiliser is around Rs. 48,000 crore for FY2022 out of which ~Rs. 28,000 crore will be required for the rabi season. Nevertheless, we believe GoI will make adequate approved allocations to meet the additional subsidy outgo for the sector, thus keeping the credit profile healthy.”

The availability of the phosphatic fertiliser players had come under duress due to continued rise in the international prices of finished fertilisers as well as key inputs like ammonia and phosphoric acid. With the sale of DAP becoming loss making due to elevated international prices, the availability of the same in the domestic market had dipped sharply as the kharif season progressed.