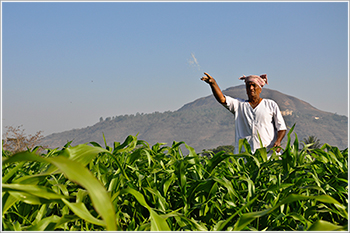 Indian Farmers Fertiliser Cooperative (IFFCO), the country's largest fertiliser seller, has hiked prices of nutrients steeply by 45-58%, The new prices are set to be in effect from April. However, IFFCO has also informed that the increased rate shall not be applicable for farmers.

Di-ammonium phosphate (DAP) will cost Rs1,900 per 50 kg bag, higher by 58% from existing rate of Rs1,200 per bag. DAP is the most widely consumed fertiliser in the country after urea.

Notably, after hiking the price, IFFCO further clarified saying that about 1.13 million tonnes (MT) of complex fertilisers, including DAP, will continue to be sold at old rates in April.

Also, IFFCO has significantly increased prices of different formulations of NPKS (Nitrogen, Phosphorus, Potash and Sulphur) fertilizers in the range of 46% to 51.9%.