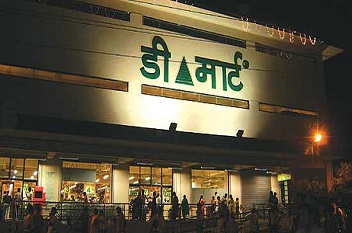 Investors carried huge sell-offs in D-Mart-owner Avenue Supermarts (ASL) on Monday, after the company reported a consolidated net profit of Rs40cr during June 2020 (Q1FY21) quarter, down by 88% from Rs323cr in the corresponding period of the last year. In the period, PAT margin stood at 1% in Q1 as compared to 5.5% in Q1FY20.

Meanwhile, in the quarter, ASL's total revenue stood at Rs3,883cr which dropped against Rs5,815cr a year ago same period.

Neville Noronha, CEO & Managing Director, Avenue Supermarts Limited, said, "Covid-19 continued to spread across the country. The ensuing restrictions have had a significant impact on our operational and financial performance in the quarter. Our revenue, EBIDTA and PAT for the quarter were significantly lower as compared to the same quarter last year".

Explaining the further impact of Covid-19, ASL said, "Wherever stores were allowed to operate unhindered, we recovered to 80% or more of pre-COVID sales in most stores. Discretionary consumption continues to be under pressure, especially in the Non-FMCG categories. This is impacting gross margins negatively. Store operations and duration of operation per day continue to remain inconsistent across cities due to strict lockdowns enforced by local authorities from time to time".

While announcing the result, ASL's board also re-appointed Chandrashekhar Bhave as Non-Executive Independent Director of the Company for second term of 5 (five) consecutive years starting May 17, 2021. Further, the ASL also re-appointed Ignatius Navil Noronha as Managing Director of the Company and designated as 'Chief Executive Officer' for five years with effect from February 01, 2021.

Also, the company re-appointed Elvin Machado as Whole-time Director for three years with effect from June 10, 2021.

The above changes in directorate are subject to the approval of shareholders of the company.