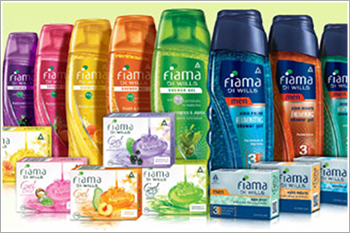 FMCG-major, ITC is in focus on Thursday's trading session as reports have stated that the government is planning to divest its 7.93% stake in the company to meet the disinvestment target. ITC stock witnessed subdued sentiments on exchanges.

It is being known that the Centre is in discussion to offload its entire stake in ITC. Also, the Centre is open for all options even including bulk sales on the stock market and strategic divestment to domestic investors for the stake sale.

An ET report cited an unnamed official stating that “Discussions are going on.” Further, the official added that a final decision would be taken after an assessment of the various choices.

The government has set an ambitious disinvestment target of Rs1.75 lakh cr for the fiscal year 2021 - 22.

The govt's 7.93% stake in ITC which is worth about Rs20,250cr currently - is being held through the Special Undertaking of the Unit Trust of India (SUUTI).

Earlier on Monday, in a reply to a question in the Lok Sobha, the government has mentioned that they moved Rs7,646cr closer to meeting the disinvestment target.

The Kolkata-based ITC has a diversified presence across industries such as cigarettes, FMCG, hotels, packaging, paperboards and specialty papers and agribusiness.

The stock has touched an intraday high and low of Rs208.25 per piece and Rs206.55 per piece earlier today.