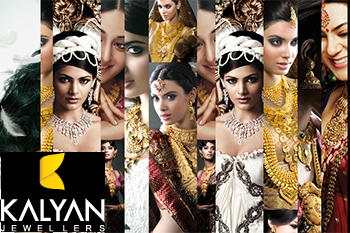 Kalyan Jewellers has narrowed its consolidated loss to Rs51cr for the quarter ending June 2021 (Q1FY22) period compared to a loss of Rs86cr a year ago same period. Total revenue in the latest quarter was at Rs1,637cr against Rs782cr of June 2020 quarter.

Kalyan's consolidated revenue grew by 109% in Q1FY22 compared to Q1FY21, primarily driven by robust sales momentum across stores both before and post lockdowns in the recently concluded quarter, as well as a low base in the last financial year. While the India revenue grew by 94%, Middle East growth was 183%.

In its financial audit report, Kalyan Jewellers said that the robust momentum that the company witnessed at the start of the current financial year slowed down once lockdowns and restrictions were imposed by various State governments in the last few weeks of April. Following the second wave of COVID-19, most stores remained closed during May.

In June, Kalyan witnessed strong momentum in the open stores. The company recorded a 68% same-store sales growth (excluding revenue from gold savings schemes) for June 2021 as compared to the prior year, adjusted for store operational days in both periods.

Ramesh Kalyanaraman, Executive Director, Kalyan Jewellers India Limited said, “The outcome of the first quarter has been above our expectations and we are happy with the overall performance. The pace of demand recovery witnessed in the just-concluded quarter was higher than what we experienced in Q1FY21, and the momentum in the stores that were operational was similar and comparable to that in Q4FY21. The compulsory hallmarking move by the Government will play a significant role in transforming the sector and making it more transparent, while also accelerating the shift from unorganised to organised. The organised players in our sector have significant tailwinds and we are well-positioned to address this opportunity.”

The Company's retail footprint is spread across 146 stores in 21 Indian states and 4 countries in the Middle East, with a retail area exceeding 500,000 sq. ft. The company added 9 new stores in the recently concluded quarter - 4 in Tamil Nadu, 3 in Telangana and 1 each in Gujarat & Kerala.