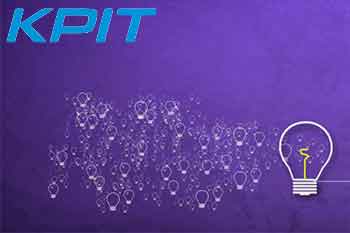 KPIT Technologies Ltd said in the filing that it has appointed Bhavna Doshi as an Additional & Independent Director of the Company with effect from September 15, 2021.

In the regulatory filing, “we wish to inform you that, the Board of Directors have passed a circular resolution on September 15, 2021, approving the appointment of Ms. Bhavna Doshi as an Additional & Independent Director of the Company with effect from September 15, 2021.”

Ms. Doshi shall hold office up to the date of the ensuing annual general meeting and the said appointment will be subject to approval by the shareholders.

Ms. Doshi has declared that she is not debarred from accessing the capital markets and/or restrained from holding any position/office of director in a company pursuant to order of SEBI or any other such authority, the company said.

Ms. Bhavna Doshi, a founding partner of Bhavna Doshi Associates LLP, a boutique tax, accounting and regulatory advisory firm, is former partner of KPMG member firm in India. With specialization in the fields of taxation and corporate restructuring, she has been providing advisory services to national and multi-national entities for over 30 years. She is a Chartered Accountant and holds Master’s degree in Commerce from University of Mumbai. She serves as independent director on Boards of several listed companies.