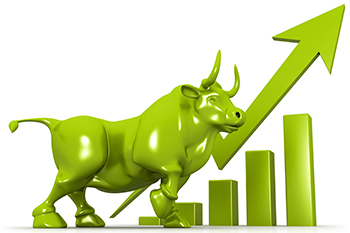 IT company stocks were on a bullish note taking the Nifty IT index at historic highs on Thursday as global tech stocks improve after China stepped in to soothe market nerves and also the US Federal Reserve’s hinted about moving very gradually toward tapering stimulus resulting in weaker dollars. The Nifty IT index has climbed to a new record high of 30,400.65. The index continued to trade near its lifetime high.

Coforge was the top gainer soaring by 9% after hitting a new 52-week high of Rs4,825 per piece.

Mindtree and Oracle Financial Services also touched a new 52-week high of Rs2,802.35 per piece and Rs4,650 per piece. These two stocks traded higher by 3% and 1.2% respectively.

TCS and Wipro traded on a flat note.

After 3-days of a steep selloff, the Chinese tech stocks as reports stated that regulators have called banks overnight for easing market fears that grappled around stricter rules on the education sector. The Chinese and Hong Kong markets see the worst ever fall in over 3 years, the indices lose over 13% in 3 sessions.

The tech-heavy Nasdaq Composite also gained over 100 points overnight as the Federal Reserve leaves rates unchanged with an outlook for growth increasing.