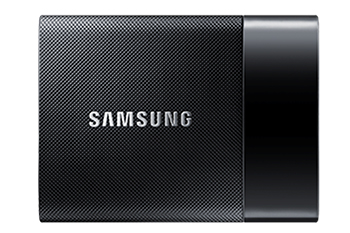 The total expected investment of $17 billion, including buildings, property improvements, machinery and equipment, will mark the largest-ever investment made by Samsung in the U.S.

Samsung Electronics has announced that it would build a new semiconductor manufacturing facility in Taylor, Texas. The estimated $17 billion investment in the United States will help boost the production of advanced logic semiconductor solutions that power next-generation innovations and technologies.

“As we add a new facility in Taylor, Samsung is laying the groundwork for another important chapter in our future,” said Kinam Kim, Vice Chairman and CEO, Samsung Electronics Device Solutions Division. “With greater manufacturing capacity, we will be able to better serve the needs of our customers and contribute to the stability of the global semiconductor supply chain.”

“We are also proud to be bringing more jobs and supporting the training and talent development for local communities, as Samsung celebrates 25 years of semiconductor manufacturing in the U.S.,” Kim said.

The new facility will manufacture products based on advanced process technologies for application in areas such as mobile, 5G, high-performance computing (HPC) and artificial intelligence (AI).

“In addition to our partners in Texas, we are grateful to the Biden Administration for creating an environment that supports companies like Samsung as we work to expand leading-edge semiconductor manufacturing in the U.S.,” continued Kim. “We also thank the administration and Congress for their bipartisan support to swiftly enact federal incentives for domestic chip production and innovation.”

Groundbreaking will be in the first half of 2022 with the target of having the facility operational in the second half of 2024. The Taylor site will span more than 5 million square meters and is expected to serve as a key location for Samsung’s global semiconductor manufacturing capacity along with its latest new production line in Pyeongtaek, South Korea.

The total expected investment of $17 billion, including buildings, property improvements, machinery and equipment, will mark the largest-ever investment made by Samsung in the U.S. This will also bring Samsung’s total investment in the U.S. to more than $47 billion since beginning operations in the country in 1978, where the company now has over 20,000 employees across the country.

“Companies like Samsung continue to invest in Texas because of our world-class business climate and exceptional workforce,” said Governor Abbott. “Samsung’s new semiconductor manufacturing facility in Taylor will bring countless opportunities for hardworking Central Texans and their families and will play a major role in our state’s continued exceptionalism in the semiconductor industry. I look forward to expanding our partnership to keep the Lone Star State a leader in advanced technology and a dynamic economic powerhouse.”

This latest expansion of Samsung’s U.S. presence is expected to create over 2,000 high-tech jobs directly and thousands of related jobs once the new facility is in full operation. As part of its co-investment in the community, Samsung will also contribute financial support to create a Samsung Skills Center for the Taylor Independent School District (ISD) to help students develop skills for future careers as well as provide internships and recruiting opportunities.

Government expects new investment of $25 billion from its semiconductor policy

Samsung and Paytm collaborate for payments at authorized retailers