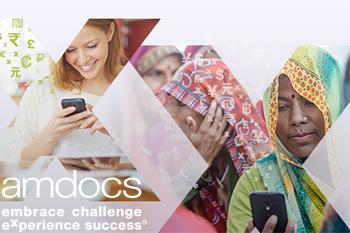 Amdocs, the leading provider of customer experience solutions, announced the results of a global study into the digital DNA, behavior and expectations of today’s teenagers (aged 15-18). The study reveals a fragile relationship between communications service providers and teens throughout the world, and in India in particular. It also highlights the role digital technology will play in the lives of a generation who see their future as digital beings as much as human beings.

The study, which was commissioned by Amdocs, was conducted by Vanson Bourne, a technology market researcher provider, and advised by Dr. Paul Redmond, a leading generational expert and sociologist. It surveyed 4,250 respondents from the United Kingdom, United States, Canada, Brazil, India, Germany, Russia, Mexico, the Philippines, and Singapore.

Digital is the lens through which teens view themselves and others: 71 percent (43 percent globally) believe their smartphone makes them smarter and “cooler”, while 68 percent (52 percent globally) check their social media accounts first thing in the morning. More than 60 percent (31 percent globally) say they would probably not meet someone again if they didn’t have a WhatsApp account.

Emojis are worth a thousand words: As a reflection of the increasing number of emojis supported by smartphone operating systems, 7 in 10 respondents (47 percent globally) say they prefer using emojis to sending emails, as they feel it allows them to express their feelings more clearly than words. A similar number said the same about posting photos (45 percent globally).

Internet connectivity is a vital sixth sense: Teens demand constant Internet connectivity, with 77 percent of respondents (56 percent globally) saying they are likely to feel anxious and alone if separated from the Internet – more than being separated from family. The value of Internet access is so significant that 75 percent (55 percent globally) strongly believe fast Internet access to be a human right.

Free content streaming is a way of life: A majority of respondents said they stream digital content across different platforms and formats. 70 percent stream videos (61 percent globally), reflecting streaming over downloads as the preferred platform. Only 20 percent actually download content, which is slightly higher than in other markets (14 percent). A similar number of respondents both in India and globally (54 versus 53 percent) said they stream movies, whereas only 28 percent in India (17 percent globally) download them. And they are typically doing so for free.

Teens want to harness technology to design their own experiences: Close to half of respondents want interactive services that offer design options that they can play with. 67 percent expect to be offered 3D printing technology to create tech accessories, while 76 percent expect to be able to “visit” new countries using virtual reality technology. In fact, teenagers’ connection to technology is so strong that 70 percent say they aspire to be like Bill Gates – more than the numbers who aspire to be a cricketer or film actors.

Teens expect future technology to allow them to become digital beings as much as human beings: 95 percent of respondents expressed the desire to have an Internet-connected device embedded in their arm, with 47 percent seeing it as a replacement for their smartphone. Meanwhile, 66 percent believe many jobs will ultimately be replaced by robots, while 57 percent even believe a robot will become their best friend.

“It’s fascinating how ‘digital’ is defining how teens are viewing both themselves and others, how they express themselves, as well as how they learn,” said Dr. Paul Redmond. “They require constant access and connectivity, and consume content differently than older generations. This is a ‘free content’ generation who love streaming and have no need for ownership. Service providers looking to maintain their competitive advantage must therefore start looking into new business models that will improve teen affinity to their brands.”

“As an always connected generation, teens, today, are assertive and confident of their choices and they want to access all their opportunities with a single touch. And while they themselves seldom pay, they exert heavy influence on their parents, who are paying customers, and have an even wider impact on other customers as a result of their prolific use of social media,” said Jatinder Ahuja, head of India and Southwest Asia business, Amdocs. “This calls for adopting new business models through new technologies and partnerships in order to deliver multi-touch, personalized interactions and ‘cool’, fast and seamless services to meet the digital lifestyle choices being demanded by this younger generation. But to ensure they can maintain competitive advantage, service providers need to act now to adopt engagement strategies that provide immersive experiences that will allow them to establish and build teen affinity.”