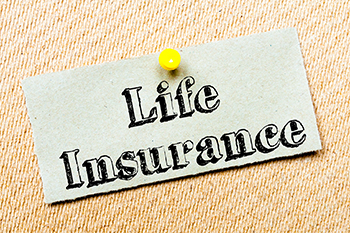 Shriram life has been associated with Airtel Hyderabad Marathon since the inception of the event in 2011 both as a sponsor and by encouraging employees to participate in the marathon.

Sanlam Group, a 100 year old Financial Conglomerate from South Africa; which holds 26% stake in Shriram Life Insurance has taken an initiative to promote healthy and fit living in India.

In talks with Mr. B. R. Hariharan, 66, CIO, Shriram Life, a marathon enthusiast, who has run 77 (Full & Half) Marathons, Sanlam group has expressed interest to encourage spirit of running in India. As part of its said commitment, Sanlam would sponsor the winners of Airtel Hyderabad Marathon (Full Marathon) to participate in Sanlam Cape Town Marathon to be held in Cape Town in Sep’2015. The winners – First Elite Indian Male and Female, full marathon, shall be given this opportunity. This year, Airtel Hyderabad Marathon is scheduled on 29th and 30th August 2015. More than 11,700 runners have registered for the event already.

Shriram life has been associated with Airtel Hyderabad Marathon since the inception of the event in 2011 both as a sponsor and by encouraging employees to participate in the marathon. Shriram Life Insurance wants to promote fitness amongst its policyholders for improving cardiovascular fitness and for maintaining a healthy lifestyle. Promoting the same, Mr. Manoj Jain, CEO and Mr. Cassie Kromhout, COO, have actively participated and completed their first half marathon last year in the Airtel Hyderabad Marathon only. They have also participated in the Club Run conducted by Hyderabad Runners in March 2014 and March 2015. Shriram Life has more than 20 Marathon runner employees stationed at HO in Hyderabad. We also have occasional sessions at Hyderabad office to promote fitness as well.

Mr. Hariharan started his marathon running at 59, thanks to encouragement from Mr. Emil Boeke, Chief Risk Officer, on deputation in Shriram Life, from Sanlam Group in 2007. Post that, Marathon running has taken him to six continents around the globe, and has helped him maintain a healthy living. Mr. Hariharan, who will be running in the Sanlam Cape Town marathon, said “This sponsorship from Sanlam Group will take Airtel Hyderabad Marathon to a global level and encourage participation of Indians.”

Things you Should Know About Critical Illness Insurance Policies