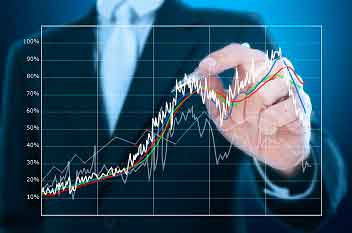 NDTV stock locked on a 10% upper circuit during Monday's trading session. The media report claimed that the stock rose to the upper circuit amid speculations that Adani Group may acquire the company. However, NDTV has clarified that promoters "are not in discussions now".

Both BSE and NSE had sought clarification from Adani Enterprises and NDTV over an Economic Times news article titled, "NDTV hits 10% upper circuit on rumours of a buyout by Adani Group."

The news article stated that Adani is looking to acquire a Delhi-based media house, which many speculate to be NDTV.  ETMarkets could not immediately verify these speculations.

Although Adani Enterprises is yet to clarify about the speculation, notably, NDTV has shed light on the development.

In its regulatory filing, NDTV said, "We wish to inform you that the Founder-Promoters of the New Delhi Television Limited (“NDTV/the Company”), Radhika and Prannoy Roy, who are both journalists, are not in discussions now, nor have been, with any entity for a change in ownership or divestment of their stake in NDTV. They individually and through their company, RRPR Holding Private Limited, continue to hold 61.45% of the total paid-up share capital of NDTV."

"NDTV has no information on why there is a sudden surge in the stock price," the company said.

Further, NDTV added, "As far as your query about the news article is concerned, NDTV cannot control unsubstantiated rumours, nor does it participate in baseless speculation."