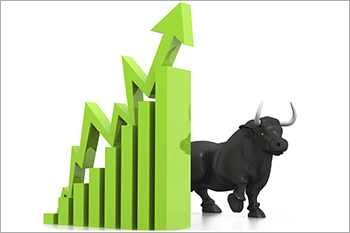 Media company stocks were on a bull run with all stocks listed on Nifty Media trading higher during Wednesday's session. The index has hit a new historic high of 2,163 and gained by more than 11% at least. The performance in Nifty Media emerged after the heavyweight Zee Entertainment received in-principle approval for merger with Sony Pictures Networks.

All stocks trading on Nifty Media had witnessed between 1-25% upside.

Zee Entertainment touched a new 52-week high of Rs320.80 per piece in the early deals. At present, the stock has skyrocketed by nearly 25%.

Under the Zee - Sony agreement, the shareholders of Sony Pictures will hold a majority stake in the merged entity. The shareholders of SPNI will also infuse growth capital into SPNI as part of the merger such that SPNI has approximately $1.575 billion at closing, for use in pursuing other growth opportunities. As part of the deal, Punit Goenka will continue to be the Managing Director and CEO of the merged entity.

Further, on the index, DishTV and TV18 Broadcast climbed by more than 7.4% each. SunTv and Jagran Prakashan jumped around 5% each.

Network18 and Inox Leisure soared about 4% each.

PVR advanced 2, while DB Corp and TV Today Network zoomed more than 1% each.