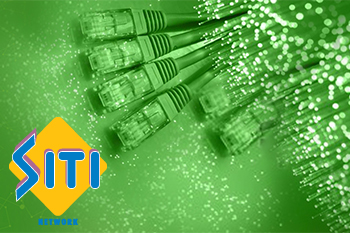 Noida-based Siti Network registered a consolidated net loss of Rs46.11cr during the first quarter ending June 2020 (Q1FY21) period. The latest quarterly net loss narrowed compared to a loss of Rs49.54cr in the corresponding period of the previous year.

Consolidated total income was at Rs382.84cr in the quarter under review, compared to Rs394.67cr a year ago same period.

In its audit report, Siti Network said, continuing with the steady performance from last fiscal, SITI reported its Operating EBITDA at Rs73.5cr in Q1 FY21 despite Severe lockdown norms and Containment Zones, impacted the normal business operations. Siti performance has been also adversely affected by the deadly cyclone “AMPHAN” in the East Indian territory where Siti has a very prominent stronghold. Operating EBITDA Margin for Q1 stands at 19.2%.

Further, Siti said that expanded its foothold in the broadband business to three new tier-2 cities in Q1.SITI has continued to update its systems and processes across multiple touchpoints to be fully compliant to the New Tariff regime. The company has continued to work with all stakeholders, be it the Regulator, Broadcasters, LCOs and above all its esteemed customers to deliver its services.

Anil Malhotra, CEO of SITI Networks Limited mentioned, "The ministry of information and broadcasting has included cable services under essential services to provide uninterrupted-cable-services and SITI has performed significantly well given the worldwide impact of Covid-19 under severe lockdown in the entire country and migration of urban population in Q1FY21. Furthermore, Cyclone Amphan in our stronghold territory of Eastern India has also impacted our business during the Q1FY21."

However, Malhotra added, "with a key focus on our operational efficiencies, our employees, LCOs and their respective families got infected and some lost their lives too but they ensured seamless connectivity on the ground in the pandemic. This paves the way for strong recovery and growth in the coming times”

In its meeting held on Tuesday, the company's board of directors have approved the acquisition of 51% equity stake in E-Net Entertainment, through the wholly-owned subsidiary company of the Company namely Siti Broadband Services.