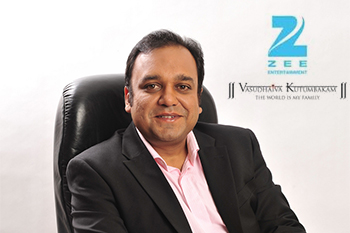 Zee Entertainment Enterprises (ZEEL) stock was under pressure on Wednesday after the company announced the cancellation of board meeting that was meant to consider and approve the second quarterly results for FY22. ZEEL cited "lack of quorum" as the reason to cancel the meeting.

In its regulatory filing, ZEEL said that "this is to inform that a meeting of the Board of Directors of the Company, which was scheduled to be held on Wednesday, October 27, 2021, inter alia, to consider and approve the unaudited financial results of the Company both on standalone and consolidated basis for the 2nd quarter and half year ended September 30, 2021, has been cancelled due to lack of quorum."

"The next date of meeting will be duly informed with fresh notice," ZEEL added.

Further, ZEEL said in the exchange filing that " the Trading Window for dealing in securities of the Company which stands closed from October 1, 2021, in pursuance of Company's Insider Trading Code, shall remain closed till 48 hours after the announcement of Un-audited financial results of the Company for the 211d quarter and half year ended September 30, 2021."

Currently, ZEEL and other major shareholders Invesco and OFI Global are tied in a management battle. Invesco demands to call an extraordinary general meeting (EGM) for ousting MD and CEO Punit Goenka along side the appointment of six new independent directors. However, ZEEL has refused to hold an EGM stating that the demand is illegal and invalid. Together, Invesco and OFI Global holds 17.88% of the paid-up share capital of the Company.