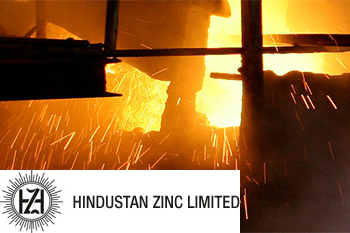 Hindustan Zinc Limited has announced its production numbers for the second quarter (Q2FY22) and half year ended September 30, 2021 (H1FY22). On Tuesday, the company's stock was trading higher on stock exchanges.

During Q2FY22, the company's mined metal production was at 248,000 tonnes, up 4% as compared to Q2 FY21 on account of higher ore production at Rampura Agucha, Sindesar Khurd & Zawar mines supported by improvement in recovery, which has been partly offset by Lower Mining Grades. In comparison to Q1 FY22, it is up by 12%, mainly due to Higher ore production at Sindesar Khurd and improvement in Mining Grade & recovery.

Moreover, during H1FY22, the company's MIC production was 470,000 tonnes up 7% YoY in line with higher ore production at Rampura Agucha and Zawar mines and increased recovery, offset by a slight dip in overall mining grades. H1 FY’22 metal production was 445,000 up 2% as compared to H1 FY’21 in line with Roaster availability, while silver production was 2% lower y-o-y at 10.1 moz (313 MT).