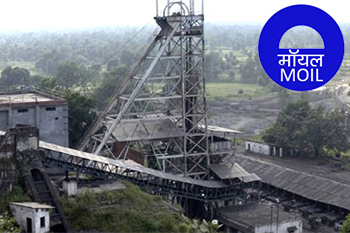 State-owned MOIL has signed a tripartite MoU with the government of Madhya Pradesh and Madhya Pradesh State Mining Corporation Limited (MPSMCL) to explore the possibilities of manganese ore mining in four districts of the State, i.e., Balaghat, Jabalpur, Jhabua and Chhindwara.

To identify the manganese bearing areas, MOIL has carried out detailed remote sensing studies with the help of the National Remote Sensing Centre (NRSC) ISRO, Hyderabad.

Based on a study carried out by NRSC, MOIL has further carried out extensive fieldwork followed by geological mapping, sampling, their petrological and chemical analysis for delineation of manganese ore-bearing areas in the site specified by NRSC and requested to Govt. of Madhya Pradesh for reservation of the area.

Subsequently, the Madhya Pradesh government reserved 850 Km2 and 487 Km2 areas in Balaghat and Chhindwara districts respectively, under Rule 67 (1) of the Mineral (Other than Atomic and Hydrocarbon Energy) Mineral Concession Rules, 2016 to carry out exploration work. This will enable MOIL to take up exploration project in the reserved areas of the Balaghat and Chhindwara districts. Applications for the other two districts, i.e., Jabalpur and Jabua, are in process.

On completion of the exploration work and its analysis, a Techno-Economic Feasibility Report (TEFR) will be prepared. Based on the TEFR and ascertaining viability, a Joint Venture Company, will be formed between MOIL and MPSMCL with a shareholding of 51% for MOIL and 49% for MPSMCL.