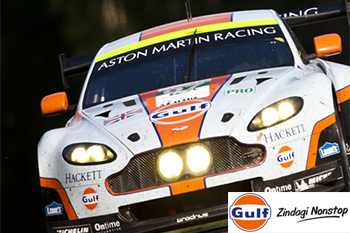 The Hinduja Group-backed Gulf Oil Lubricants witnessed a 24.45% decline in net profit at Rs35.94cr in March 2020 (Q4FY20) quarter from Rs47.57cr a year ago same period. The company informed that Q4 PAT was impacted by lockdown closure.

In its release, Gulf Oil said, "The lubricants industry faced many challenges during the year due to the major automotive industry slowdown for new vehicles production/sales coupled with overall weaknesses in the economy across sectors, which impacted the lubricants market demand and usage levels."

Further, the company said, liquidity pressures in the trade also added to these lower demand levels as seen in FY20.

It added the OEM factory fill volumes for the company was directly impacted by this de-growth in vehicle production, particularly commercial vehicles which fell as much as 50-60% during the year versus last year.

The stock has touched an intraday high and low of Rs668 per piece and Rs600.10 per piece respectively.