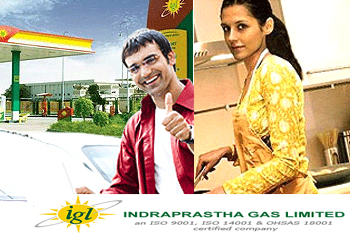 Indraprastha Gas (IGL) was trading near the day's high on Tuesday after the company intimated about the National Company Law Appellate Tribunal (NCLAT) verdict in regards to a dispute with Shanvi Constructions.

A brief of the dispute with Shanvi as per the regulatory filing is:

Shanvi was declared as the successful bidder for tender for Operation & Maintenance (O&M) of PNG activities and in February 2012, a contract was awarded to Shanvi. The contract contained an arbitration clause for dispute. An amount had been deducted from the invoices on account of poor workmanship, non-furnishing of supporting documents concerning statutory compliances, non-reconciliation of material etc.

In August 2014, Shanvi filed a reference Petition with the Micro and Small Entrepreneur Facilitation Council against IGL claiming Rs. 3.6 crores plus interest. IGL filed a detailed reply giving full details of every deduction made and explained that no amount was due.

The MSE facilitation Council attempted to conciliate the matter between the parties. Such conciliation is a confidential proceeding.

In the course of conciliation, IGL without admission of any liability, offered as a gesture of goodwill, to pay a sum of Rs 9,48,152/- which Shanvi did not accept and asked that the dispute be referred to arbitration. This was, in fact, an admission of a dispute by Shanvi.

In May 2016, the MSE facilitation Council referred the matter to arbitration for adjudication since it was unable to resolve the dispute between IGL and Shanvi. Subsequently, the Arbitration commenced by DIAC and it issued a letter dated 01.07.2016. IGL challenged this reference order before the Hon’ble High Court and a stay order was passed on 04.08.2016.

While this matter was pending with the Hon’ble High Court, Shanvi issued a Demand Notice on 25.09.2018 under Section 8 of IBC. IGL gave notice of dispute on 08.10.2018. Shanvi then filed a petition under Section 9 before the Hon’ble NCLT in October 2018.

Before the Hon’ble NCLT, IGL stated that there is a pre-existing dispute between the parties over the amount and that the matter is pending adjudication with the Hon’ble Delhi High Court.

On September 16, 2021, Hon’ble NCLT pronounced the order admitting the Petition filed by Shanvi and initiating the Corporate Insolvency Resolution Process. However, on September 20, 2021, an Appeal being Company Appeal (AT) was preferred before the Hon’ble National Company Law Appellate Tribunal (NCLAT) against pronouncement made by Hon’ble NCLT.