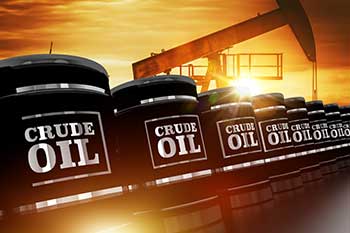 Investors were upbeat in oil and gas stocks on Wednesday after India announced to release crude oils from their strategic reserves for easing global prices. ONGC skyrocketed and emerged as a top bull as the company is the largest crude oil producer in the country. Also, higher crude oil prices further lifted sentiments. Nifty Oil & Gas witnessed a broad-based buying and it traded near the day's high during the second half of the trading session.

ONGC soared 5.6% followed by major OMCs like HPCL and BPCL gaining by over 3.6% and 2.8% respectively.

Reliance Industries traded lower by 0.5%, while Adani Total Gas was the top bear plunging by nearly 1%.

In a statement, the government announced that India will release crude oil to the tune of five million barrels from its Strategic Petroleum Reserves (emergency stockpile) in line with major economies like the US, Japan, Britain, People’s Republic of China, the Republic of Korea, and others to ease global crude prices.

As per reports, the 5 million barrels are to be released as early as 7-10 days and will be sold to state-owned companies like MRPL and HPCL that have the connection to the strategic reserves by pipeline.

Notably, India's move along with the mentioned major economies is to take on OPEC+ which has one of the largest crude oil producers. The OPEC and allies have is said to have rejected repeated requests from Washington to speed up their production increases.

Crude oil prices climbed to a one-week high after these nations announced to release tens of millions of barrels of oil from reserves to try to calm the market.