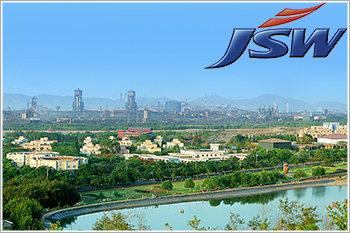 JSW Energy announced that JSW Renew Energy Two, a project SPV of JSW Future Energy, has signed Power Purchase Agreements with SECI for the cumulative Contracted Capacity of 450 MW awarded against the bid won in March this year. JSW Future Energy is a 100% subsidiary of JSW Energy.

In March this year, JSW Future had received the Letters of Award for a total Wind capacity of 450 MW from Solar Energy Corporation of India Limited (SECI) against Tariff based Competitive Bid invited by SECI for the setting up of 1200 MW ISTS-connected Wind Power Projects (Tranche - X).

In its regulatory filing, JSW Energy said that with the signing of this PPA, about 2,218 MW of PPAs for Wind and Solar projects have been signed by various subsidiaries of the Company in the past few months, and marks a major milestone in the Company’s transition to become predominantly a renewables driven player.

JSW Energy through its wholly-owned subsidiaries i.e. JSW Future Energy and JSW Hydro Energy is currently constructing various renewable power projects to the tune of 2.5 GW, with a vision to achieve a total power generation capacity of 20 GW by the year 2030, when the share of renewables in the total capacity will increase to ~ 85% (from 30% currently).

At around 10.31 am, JSW Energy was trading at Rs310.20 per piece flat compared to the previous closing on Sensex.