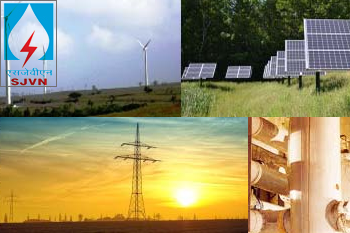 SJVN started with a single hydro project in the year 1988 and today, the company has a portfolio of 9000 MW, out of which 2016.5 MW is under operation, 3156 MW is under construction, 4046 MW Projects are in pipeline. Today SJVN has a footprint in 9 States in the country and also in 2 foreign countries. The company has also diversified in other fields of energy generation and transmission. SJVN is working towards achieving an installed capacity of 5000 MW by 2023, 12000 MW by 2030 and 25000 MW by the year 2040.