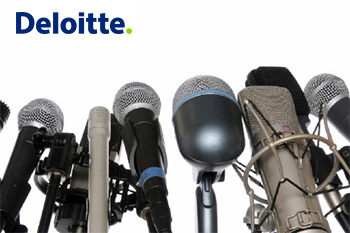 4G adoption is expected to grow strongly to become the predominant data network; 45% respondents say they will upgrade to 4G in the next 12 months. Checking bank balances, paying utility bills (54%) and paying services bills (53%) are most popular financial transactions on smartphones.

A recent Mobile Consumer study in India conducted by Deloitte, reveals that a considerable 53% of Indians bought their smartphones online while 39% of smartphone owners still bought their phones in-store.

The study further elaborates that for most smartphone owners in India, the reliance on WiFi has reduced considerably because of higher penetration of mobile data. The report says 4G adoption is expected to grow strongly over the next year to become the predominant data network. About 45% of the respondents said that they would subscribe to 4G or LTE in the next 12 months.

The Deloitte Global Mobile Consumer Survey, 2016 analyses the mobile usage habits of over 2000 Indian consumers as part of a global survey of 53,000 respondents across five continents and 31 countries. India data comprises of representatives from eight urban cities with internet access and adults aging between 18 and 54.

The Smartphone behaviour: According to the research, for most smartphone owners, checking their phones is among the first and last things they do in a day. 61% of respondents look at their devices in less than 5 minutes after waking up. The number swells to 88% comprising of people who take less than 30 minutes and 96% of the respondents take about less than an hour to peep into their handsets. Interestingly, 74% respondents look into their mobile phones about 15 minutes before preparing to sleep.

The research found that communication services namely social networks and Instant Messaging are the two things consumers check on their smartphones first thing in the morning. These are followed by personal emails and text messages.

Device Ownership: The report indicates that the penetration of smartphones has surpassed laptops. Moreover, interest of people in buying tablets has softened as compared to previous two years.

The research also found that Indians have developed an addiction to their smartphones and use the same throughout the day to monitor various activities and remain updated. “This study reveals that smartphone usage has increased considerably. It has been identified as a disruptor in many common daily activities. After waking up in the morning, 88% consumers check their phones in the first 30 mins itself while 94% of them repeat the exercise in the last waking hour of the day. This says a lot about the way mobile phone usage has intruded in consumers’ personal space and life,” says Neeraj Jain, Partner, Deloitte Touche Tohmatsu India LLP.

He further adds, “Also, in the post-demonetisation era, where we are expected to rely more on digital platforms for our commercial transactions, it is observed that more people upgrading from feature phones to smartphones in future. With internet becoming cheaper and higher mobile data penetration, consumers are becoming extremely data hungry. Thus, usage of smartphone is only expected to grow from here onwards.”

Communication Services: This research shows that the usage frequency has also increased for most data communications services. Instant Messaging (74%), Social network (64%) and Email (63%) saw the highest growth in usage frequency.

Another trend that has come to light is that whilst almost 80% of respondents use instant messaging at least once a week, it is the social networking and calling apps that are gaining momentum.

He also added, “With the higher penetration of mobile date, especially 3G and 4G, there has been a noticeable change in the way consumers are connecting to internet now. 59% of the respondents said they were using Mobile Network to connect to the internet. This is a clear indication that their reliance on WiFi is moving southwards.”

Mobile Banking / e-Commerce on the rise: According to the research, eCommerce websites and mobile phone shops are the No.1 choices for online and in-store smartphone purchases respectively. Further, the consumer survey reflects that the better part of smartphone users wield their devices to check bank balances (54%), pay utility bills (54%) and services bill (53%) the most. This is followed by transferring money within the country (38%) and abroad (31%).

However, when it comes to using phone for making in-store payments, it is the fear about security and lack of understanding of potential benefits that prove to be the key barriers. The most common reason given for not using phone to make a payment was fear about security, cited by 29% of respondents. This was followed by “I don’t see any benefits from using this” (19%); and “I get rewards if I use my credit card instead” (15%).

Among people who have an estimate, the majority of respondents have installed 20 apps or less. This is in addition to all the pre-installed apps.