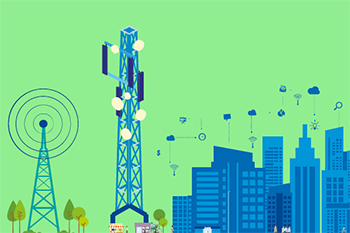 A week after the Union Cabinet was supposed to announce the Telecom Relief Package, the actual announcement finally came in on 15th September. In a way, the announcement of the telecom relief package came as a big relief to the telecom industry in general, Vodafone Idea in particular and above all, the banks that had lent heavily to Vodafone Idea.

The telecom package was a mix of prospective concessions and a permitted moratorium on payments of AGR dues and spectrum fees by the telecom majors. For now, it ensures that Vodafone Idea stays on to fight another day and the telecom industry continues to be a competitive marketplace, rather than a virtual duopoly.

What did the Telecom Relief Package announce?

Here are some of the major highlights of the Telecom Relief Package announced by the Union Cabinet on 15th September.

1) The broad thrust of the relief package predicated on three areas. It offered perceptible relief on the time to pay past dues, albeit with an interest implication. Secondly, it has agreed to exclude non-telecom income from the definition of AGR dues in futures. Above all, it has also offered cut in spectrum usage charges (SUC) to reduce the capital cost of telecom companies.

2) While Bharti Airtel, Reliance Jio and Vodafone Idea are likely to benefit from the relief package, the package comes as a virtual lifeline for Vodafone Idea. Even Kumara Mangalam Birla had expressed grave concerns about the ability of the company to continue to function as a solvent concern.

3) The package has gone much beyond just giving retrospective relief in the form of moratorium. Apart from the much-needed moratorium, the package will also be instrumental in generating more jobs and protect the overall interests of the consumers, employees, business partners, banks and government at large.

4) The moratorium of 4 years on AGR dues will be effective immediately and is likely to benefit Vodafone Idea the most considering its solvency condition. However, there is a catch. The moratorium will entail interest at the marginal cost of funds plus 2% till the time the entire dues are paid. The moratorium will be a benefit for Vodafone but it comes at a cost. It remains to be seen if Bharti is keen to avail the moratorium.

5) The package made key changes to telecom regulations, which could have long-term positive implications. The definition of annual gross revenues (AGR) has been changed with prospective effect to exclude non-telecom revenues. This removes a contentious aspect of current telecom regulations. Secondly, in line with the demand of telecom companies, the Union Cabinet rationalized spectrum usage charges (SUC) to make it more affordable and become IRR accretive. Interest on SUC will also be lower than the current compounding formula.

6) In a significant move, the Union Cabinet permitted 100% FDI into the telecom sector via the automatic route. Currently, telecom is classified as strategic and only permits 49% through automatic route. Beyond 49%, approval of the Cabinet Committee on Economic Affairs (CCEA) is needed. That stands simplified and is likely to be a boost for giving a push to 4G and also in creating the ecosystem for 5G.

7) The total outstanding amount owed to the government by the telecom sector is Rs92,000cr by way of license fees and Rs.41,000 crore by way of SUC. Most of these dues are guaranteed by banks and that creates a catch-22 for the banks. If it tries to realize the funds, it could seriously undermine the health of banks. The relief package puts off these concerns by 4 years.

8) An important aspect in the package is the conversion of debt to equity. This is subject to the beleaguered telecom companies improving their operational performance in four years. At the end of 4 years, if statutory dues are the only challenge, then the government would be open to converting the outstanding debt into equity.

9) For Vodafone Idea, this does not resolve the problem but surely postpones the problem. Vodafone has outstanding debt of Rs.192,000 crore consisting of Rs.106,000 crore Deferred SUC, Rs.62,000 crore of AGR liability and bank loans of Rs.24,000 crore. These problems remain and Vodafone also accumulates interest on the 4-year deferment. The financial challenge and solvency question will still remain.

10) Finally, there is a huge flexibility that the package offers to all telecom companies. For future spectrum auctions, the government has increased the holding period from 20 years to 30 years. In addition, telecom companies can also surrender spectrum after 10 years, subject to payment of surrender fee. This will, in future, save telcos from paying princely sums for unused spectrum.

To sum it up, it is a fairly futuristic package. It is not clear whether this will resolve all the challenges in front of Vodafone Idea, but it surely helps them tide over the immediate crisis. For the telecom sector as a whole, this package surely brings a lot of hope.