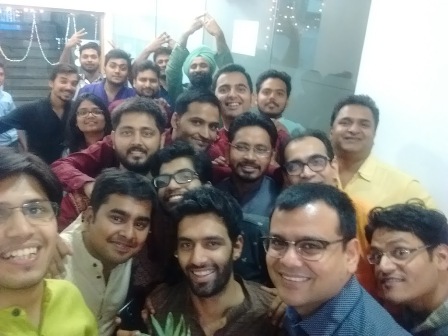 Zenatix Solutions, a leading data-driven energy efficiency company has raised a pre-series A round of funding led by pi Ventures. The round also had participation from Zenatix’ existing investor, Blume Ventures. In addition to Blume Ventures, Zenatix has previously raised money from a group of prolific angel investors led by Rahul Khanna (Trifecta Capital), Rajan Anandan (Google) and Snapdeal co-founders, Kunal Bahl and Rohit Bansal.

Zenatix was co-founded by alumni of IIT Delhi, IIM Ahmedabad and UCLA - Rahul Bhalla, Vishal Bansal and Dr. Amarjeet Singh. It uses advanced machine learning based models and delivers 10 to 30% energy efficiency to large commercial consumers of electricity. The models are built by collecting and analyzing more than 30 million of previously unseen (“dark”) data points every day from electrical assets.

These models allow for automated and intelligent controls along with predictive and preventive maintenance of these assets, resulting in consistent and comfortable consumer experience in retail and banking sites while delivering high energy savings. Zenatix aims to address the energy efficiency problem across a range of customers and eventually help grids turn smarter. Their first solution (“WattMan”) addresses the problem for large retail chains and banking/financial set ups. WattMan is built over a scalable Internet of Things (IoT) stack and includes robust connected hardware developed in-house by Zenatix through extensive research and development.

“We have a subscription based engagement model - the customer doesn't have to pay anything upfront. It is a fixed annual fee whereby the energy efficiency benefit itself outweighs the fee. Additionally, there are multiple other benefits such as improved consumer experience and ability to automatically audit the usage of electricity. Typically, the customers become cash flow positive from 1st quarter itself,” said Rahul Bhalla, Co-founder and CEO, Zenatix Solutions.

The company is currently focused on Indian market, with a plan to expand internationally over next 6-12 months. The current round of capital will be used primarily for hiring across all its functions, viz., Technology, Product, Operations and Sales. The company aims to achieve an ARR of $ 2 million and become profitable by middle of 2018.

Arpit Agarwal, Principal at Blume Ventures added, “By building deeper solutions in two large sectors of Indian economy - BFSI and Retail - team Zenatix has shown an immense ability to adapt their business to focus sharply on an opportunity area. Relying on humans for control, maintenance and surveillance is the harsh reality of business in India. Not only does it give rise to wastage and non-compliance, the businesses are unable to ensure consistent consumer experience, especially in B2C environment like ATMs and retail stores. Zenatix changes this paradigm by making the devices themselves smarter, greatly reducing the need of human intervention. We strongly believe that the solution is set to become the de-facto infrastructure for any business that cares about its costs or consumer experience.”