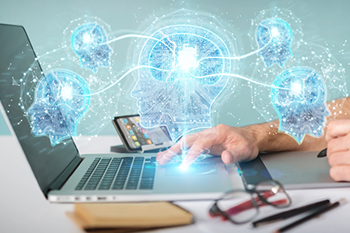 Located in Hyderabad, the company is planning to release the games worldwide for the maximum entertainment during the Christmas season this year. Company will also focus on Esports and Gamified Learning in this gaming ecosystem.

The first game proposed to release is named Treasure King '. It has offering of rich in-game content with periodical updates, rewards. It also brings connectivity with active, larger player community. The game under production has exclusive dynamic moving platform.

Treasure King will take the users through exciting adventures of world of kingdom. It gives rich gaming experience to the players as the game combines cool, full of action oriented adventure atmosphere as the exciting pack.

Next in the line is distinctive AR (Augmented Realty) game titled "Shooting Game". It has zombies attacking from all directions including 360 degrees. It also comes with photorealistic graphics and presents high-impact combo-based shooting actions. These games will be offered on free-to- play, freemium and paid (in-app purchases IAP) model.

In the last few months, even during the difficult time of Covid- 19 pandemic company made consistent, tireless efforts to improve unique games, currently are under production. We believe that the sky is the limit to the joy of playing these games. For the company experience of working on these games has been most fruitful, rich and enjoyable.

L Maruti Sanker, managing director of the company is of the view that the growth in mobile gaming will be unmatched and beyond expectations. The growth potential will be more with influence of 56, Al, and VR. Providing the significant inputs for his view point he spoke about the report of Visual Capitalist Data Stream in the year 2020. The report shows that mobile gaming income accounts for more than 51% of total gaming revenue. In 2020 it was estimated to be 85 Billion dollars.

A major boost in the penetration of smartphones, lowered internet (with high speed at that) costs are expected to lead to massive growth in India's mobile gaming market. Latest statistics of India Equity Research also project a bright picture of gaming as the fastest growing M & E segment to surpass films by 2023.