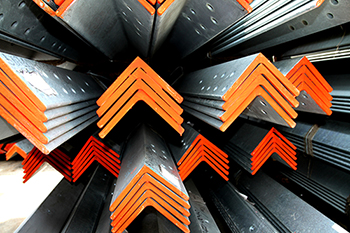 Aluminium is a metal of strategic importance and an essential commodity for various core industries due to its critical role in diverse applications.

In a letter sent on Wednesday, Aluminium Association of India (AAI) urged the Finance Minister and Commerce Minister to continue with the processing of MEIS (Merchandise Exports from India Scheme) applications through DGFT MEIS Portal and continuation of MEIS scheme with enhanced rate from 2% to 5% for all aluminium products to survive the current economic situation. This letter was sent in wake of the Government envisaging cutting the funds outlay for MEIS (Merchandise Exports from India Scheme) from around Rs45,000cr in FY2019-20 to Rs9,000cr for April-December 2020 and diverting these funds for other purposes.

The DGFT has also blocked the MEIS module from 23rd July from accepting new applications to limit the issuance of any more scrips. This has created an extremely precarious situation for the Indian Aluminium exports which have declined by 11% from $5.7 billion in FY-19 to $5 billion in FY-20, and further will render exports vulnerable and uncompetitive vis-à-vis global players in international markets.

Being a continuous process industry, all the Indian Aluminium smelters are operating in the country at around 90% capacity. The slump in domestic demand is hurting the domestic Aluminium industry and it will take substantial time for the domestic demand to pick up. The only option left for the industry to sustain is to export the Aluminium products to survive the current situation due to COVID-10 pandemic, but the prices are expected to continue to be weak due to demand slump globally. Aluminium exports from India are struggling to remain globally competitive due to high incidence of unrebated Central & State taxes and duties, constituting ~15% of Aluminium production cost which is amongst the highest in the world. This is adversely impacting the sustainability & competitiveness of the Aluminium industry. This is in sharp contrast to the global aluminium industry which is heavily supported by major aluminium producing countries especially China, by way of various incentives/subsidies for raw materials, tax benefits & export tax incentives, low-interest rate loans etc. to enhance the cost-competitiveness.

Aluminium exports are currently eligible for a 2% MEIS reward rate which itself does not provide ample cushion to remain competitive against a current bearish market condition which is likely to last long. The RoDTEP Scheme (Remission of Duties or Taxes on Export Products) for exports is yet to be formulated and implemented by the Government, which was announced in September 2019 by Hon’ble Finance Minister and approved by the Cabinet in March 2020. While the domestic industry is trying its best to remain competitive, Government support is extremely crucial at this juncture to boost exports and survive this challenging phase.

Government has identified aluminium amongst 12 Champion Sectors, where India can be a global leader and major supplier. The industry has massive potential to double the exports to the tune of $10 billion forex earning in the near future. Aluminium exports which contributed $ 5.7 billion to India’s forex earning in FY-19, i.e. 1.7% of total Indian exports ($330 billion).