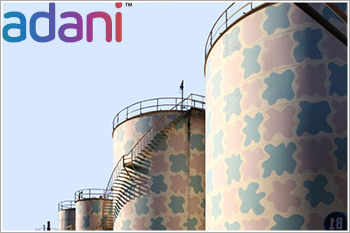 It may be noted that the B-9 field was discovered earlier by ONGC and 3 wells were drilled out of which 2 produced approx. 10 million cubic feet gas per day during testing. It is relevant to note that this B-9 field is adjacent to the AWEL block MB-OSN-2005/2 for which potential commercial viability was announced on May 15, 2021, the company said.

“This is in continuation with our submission of Media Release dated 15th March, 2021 and intimation dated 15th May, 2021 on gas discovery in Mumbai Offshore’s Tapti-Daman Sector by Adani Welspun Exploration Limited (“AWEL“), a joint venture company between Adani Group (65% shareholding) and Welspun Enterprises Limited (35% shareholding),” .

The reservoir has been cored and is being subjected to advanced studies to ascertain the potential of the reservoir and the field. The gas initially in place (GIIP) estimate is in the range of 85 billion cubic feet subject to completion of detailed study.

With these 2 adjoining blocks being gas bearing with associated condensate and the potential GIIP being in the range of 600 billion cubic feet, AWEL plans to work on its field development plan as a cluster which should improve the commercial viability of both the blocks.