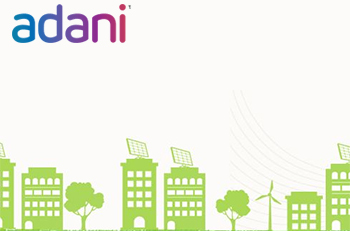 SB Energy and Adani Green Energy (AGEL) have won a total of 840MW of the 1,200 MW put on sale at the first wind-solar hybrid auction, as per media reports.

SB Energy has won 450MW at Rs2.67/unit of electricity generated, while Adani Green Energy won 390MW at Rs2.69/unit at the auction conducted by the Solar Energy Corporation of India (SECI), the reports said.

These were the only two developers who put in bids in the auction, leaving the remaining 360MW with no takers.

Further, this is the second time SECI had conducted this bid. In the first attempt in May, there were no bidders at all. Hence, the auction was scaled down from 2,500MW to 1,200MW.

Meanwhile, shares of Adani Green Energy Ltd are currently trading at Rs45.70, down 1.93% from its previous closing of Rs46.60 on the BSE.

AGEL had a renewable power generation capacity of 1,958MW, at the end of FY18. Of this, 1,898MW is solar power and 60MW is wind power. Power generation projects of the company are tied to 25-year long-term PPAs with NTPC, SECI, and some state discoms. The company also has 1.2GW of power capacity currently under implementation- with 250MW towards solar power and the balance towards wind power.