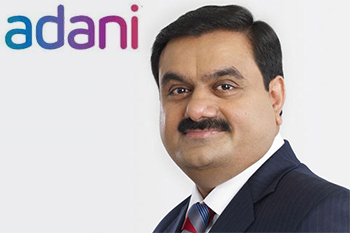 Gautam Adani, Chairman of Adani Group says that green policies and climate action not based on equitable growth will struggle in the long run. He suggested that a collaborative approach was needed wherein developed nations, which have emitted more greenhouse gases over time, shoulder greater responsibility and propose policies and targets that fairly address the needs of the developing world.

Adani said that to the business leaders on the side-lines of the UK’s Global Investment Summit at the London Science Museum.

“While net zero targets are much needed, a company’s sustainability initiatives must be aligned with the nation’s sustainability goals,” said Adani. “One must recognize that India has already demonstrated its commitment through the bold stand taken by Prime Minister Narendra Modi since the 2015 COP 21 summit and India has emerged as one of the most responsible major nations in the world when it comes to addressing climate change. However, at the heart of any nation’s sustainability journey lies the principle of equitable growth, and a net zero number unaligned with a nation's development agenda may end up creating greater disequilibrium across the global sustainability initiatives.”

“We are putting money where our mouth is,” added Adani, “and the portfolio companies of Adani are leading the way with investment plans to honour the nation’s commitment.” Adani’s logistics utility APSEZ has committed to the 1.5-degree pathway through SBTi (Science Based Targets initiative) as has AGEL, Adani’s renewable energy company. Adani Transmission has also made the same commitment and the other portfolio companies are working towards committing to the 1.5-degree pathway. Adani is also incubating the first Indian data centre company that will power all its data centres by renewable power by 2030."

Furthermore, the Adani Group chairman stated that AGEL will triple its renewable power generation capacity over the next four years – a scale and speed unmatched by any company in the world. AGEL is also consolidating its position as the world’s largest solar power developer, having achieved its initial target of 25GW four years ahead of schedule.

“This transformation has multiple dimensions that will impact not just the world of energy but also the world of chemicals, plastics, mobility, computing, and metals,” said Adani. “Achieving the vision of a greener world will heavily depend on the ability to produce hydrogen, which is both a source of energy and a feedstock for several downstream products that we use in our daily lives. This is what makes the world of energy transition so disruptive with the possibility to create completely new industries. The Adani Group is uniquely positioned across the entire value chain that will be reshaped in the years to come.”

Adani said that, over the next decade, the Adani portfolio companies in the energy and utility business will invest over $20 billion in renewable energy generation and the overall organic and inorganic investments across the entire green energy value chain will range between $50 billion and $70 billion. Over 70% of its planned capex until 2030 will be in sustainable technologies. This includes investments with potential partners for electrolyzer manufacturing, backward integrations for component manufacturing to secure the supply chain for the solar and wind generation businesses, and AI-based utility and industrial cloud platforms.

"When combined with India's cost and locational advantages, this will enable Adani to produce the world’s least expensive green electron and be on track to become the world’s largest renewable power portfolio by 2030. This, he said, will lay the foundation for Adani to become one of the largest green hydrogen producers in the world and, in turn, will make India the producer of the world’s cheapest hydrogen," Adani said.

Adani has also signed on as the primary sponsor of the Energy Revolution: The Adani Green Energy Gallery, the Science Museum’s landmark new gallery that examines how the world can undergo the fastest energy transition in history to curb climate change. The gallery will explore the latest climate science and the energy revolution needed to cut global dependence on fossil fuels and achieve the Paris targets to limit global warming to around 1.5 degrees Celsius above pre-industrial levels. The announcement was made at the Global Investment Summit hosted at the Museum by Boris Johnson, the Prime Minister of the United Kingdom.