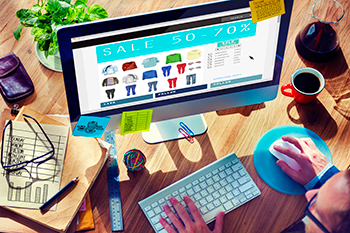 Amazon.com Inc. and Walmart Inc.’s grand plans for India were thrown into chaos on Friday after the country implemented new e-commerce regulations, which could cut their growth in the market by as much as half this year.

Amazon and Walmart’s Flipkart are now banned from cutting exclusive arrangements with sellers, offering deep discounts or holding any business interest in online merchants on their websites.

Thousands of products have already vanished from the virtual shelves of the duo, which together account for 70% of India’s online retail market.

Arvind Singhal of consultancy Technopak Advisors Pvt estimates their revenue growth could fall to 15% in coming months from 25-30% previously.

Amazon’s shares slid as analysts pushed the company for answers on India, a market the e-commerce titan regards as the best frontier for international expansion. Jeff Bezos has pledged to spend $5.5bn there in pursuit of growth, but executives had few encouraging words, saying on Thursday the effects of new e-commerce regulations in the country are still uncertain. Its newfound headaches in India come as a slowing global economy threatens to curtail the consumer spending retailers rely on. Amazon shares were off about 4% in early trading, while Walmart was up less than 1%.

“It will be at least six to eight months before they are able to find workarounds and restore listings,” said Singhal, the New Delhi-based chairman for Technopak.

What’s clear is that Amazon and Walmart now have to re-tool their strategy and potentially ward off stiffer competition from physical retailers or local rivals with deep pockets such as conglomerate Reliance Industries Ltd., which may benefit from the new laws. The disruption comes after the two retailing giants wagered billions on the market: beyond Amazon’s spending pledge, Walmart shelled out $16 billion to acquire control of Flipkart Online Services Pvt last summer.

Walmart and Amazon have amassed vast inventories in companies in which they have business interests and had sought a four- to six-month extension to help offload those products. But the decision to go forward with the new rules on a schedule was announced Thursday evening.

Now, thousands of products from Amazon’s leading vendor Cloudtail, a joint venture with Infosys billionaire co-founder Narayana Murthy, have gone off the platform. That includes its Echo smart speaker, Fire TV Stick, and Kindle devices. Flipkart’s fashion arm Myntra has a wide range of labels that it’s created and invested in -- those too must go. And so-called Alpha sellers that have sealed arrangements with Amazon and Walmart cannot sell on the websites, nor can phone makers and fashion brands sell products exclusively on either platform.

Both retailers will have to draw up new contracts with thousands of merchants and brands, deleting wording such as “exclusive.” And they may have to develop India-specific private labels, which the government allows. “Private labels are not a panacea to their current problems since their unique selling point is that they are a single stop for all products and brands,” Singhal said.

The new rules could wipe out nearly half the products on Amazon.in, said Satish Meena, an analyst at Forrester Research Inc. “It’s likely to disrupt availability for customers,” he said.

That could also put Amazon’s plans to expand in food retailing into jeopardy. While India allows 100% foreign investment in such retail operations, the new rules bar Amazon from selling any products from entities in which it owns a stake. Last summer, the government approved an Amazon proposal to invest $500mn in retail food products.

Amazon and Flipkart will have to cut back on cash-back payments and discounts. These have been a particular sore point with smaller sellers, which have accused the pair of predatory pricing practices. Behind-the-scenes and government-level lobbying is expected to continue, Singhal said.

Walmart’s and Amazon’s tactics have been controversial in a country where organized retail accounts for only about 10% and the market is dominated by small sellers and mom-and-pop stores. The government’s decision on the e-commerce rules comes months ahead of a crucial general election. Small traders have traditionally been part of a support base for Modi’s ruling Bharatiya Janata Party.

In response to questions, an Amazon spokeswoman said via email: “All sellers make their own independent decisions of what to list and when and we cannot comment on that.”

Flipkart said it was “disappointed that the government had decided to implement the regulation changes “at such haste,” but will comply. It’s previously argued that such policies should have been created after more consultation”.

The biggest beneficiary from the tightened rules could be Reliance, which is India’s largest private company and owns the country’s biggest brick and mortar retail chain. Recently, it has spelled out ambitious plans to delve into e-commerce by getting millions of small sellers aboard a platform it’s created alongside its Jio wireless service.

“Reliance is likely to become the largest omnichannel retailer in the next 24 months as it has nearly 300mn Jio telecom subscribers who can access a bundle of financial, education, entertainment and retail services on their phone’s Jio app,” Singhal said.