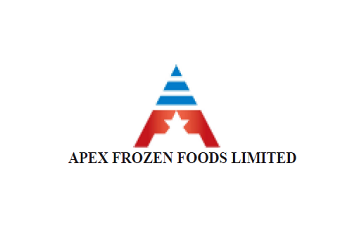 Apex Frozen Foods Limited informed the exchanges Friday that shipments of its finished products were disrupted during the last fortnight of March which may have some impact on revenues and profitability in Q4FY20.

Similarly, Q1FY21 too may be affected on account of lower production and sales due to lockdown. Our operations for the forthcoming quarters will be dependent  on the resumption of markets. The company has sufficient liquidity to meet its obligations and for smooth operations.

“While some disruption is possible in the near term, global demand for aquaculture seafood continues to be robust and governments across the world are working on reopening of food supply chains,” company said.

The operations saw some disruption on account of availability of labour in the early days of the Covid-19 lockdown. However, as the restrictions began easing, the operations are gradually stabilising. Its major markets are beginning to resume their purchases and the company expects that as restrictions are removed, it should be able to begin operating at normal levels.

USA, one of the largest markets for shrimp exports from India, has seen a decline in demand from the food services companies due to shutting down of restaurants and catering services amidst the lockdown. Some of the demand is returning with restaurants offering take-away and home delivery services.

Europe, as a market for shrimp, remained weak for Indian exporters on account of an economic slowdown in the region that has been exacerbated by the Covid-19 pandemic.

China is seeing a return to normalisation of economic activity in general and has begun increasing its shrimp purchases from India over the past month.

In India shrimp farmers began early harvest to sell their stock citing concern on demand from processors amidst the lock down. This resulted in correction of farm gate prices for a brief period, which began to pick up from the second half of April, in line with shrimp processors increasing their level of operations.

“Our commitment to the shrimp farmers, continued during the lockdown, as the company continued procurement of raw shrimp as the harvest season was in progress. We were able to build raw material inventory in our recently expanded cold storage facilities which we will process and sell in the coming months. On the hatcheries front, off-take of existing stock (shrimp seed) by farmers was impacted due to the lockdown. Import restrictions on brood- stock were eased around mid-May and we expect operations to resume gradually soon,” company said.