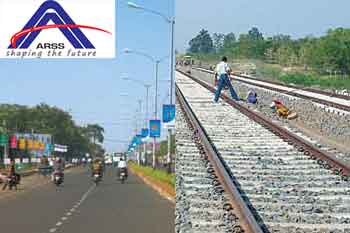 ARSS Infra has won a work order of Rs429cr from the Mizoram Government. The scope of the work includes widening and up-gradation of a highway to 2-lane with paved shoulder configuration and geometric improvements for 41 kms on Aizawl-Tuipang section of NH-54 in the state of Mizoram.

The contract is awarded on engineering, procurement and construction (EPC) mode with JICA loan assistance been awarded in favour of one of the company’s joint ventures named "NPCC- ARSS (JV)" by National Highways & Infrastructure Development Corporation.

The company made the announcement on Wednesday afternoon. Reacting to the news, shares of the company gained 5% intraday Thursday.